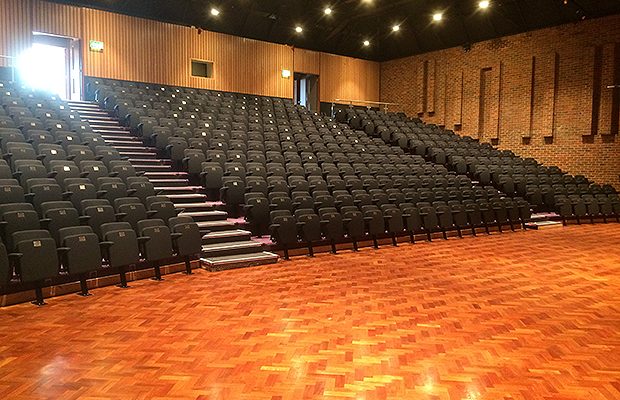 The Turner Sims Concert Hall refurbishment project was to include all new seating, carpets and lighting.

We were awarded this project following a successful and competitive tender to refurbish The Turner Sims concert hall.

The concert hall was constructed forty years ago, and had already undergone some refurbishments over the years.

This new refurbishment was the largest to date and saw the replacement of carpets, house lighting and seating.

The project to refurbish the concert hall was undertaken within a very short timescale, with a total of six weeks on site.

The first operation was to remove all 350 numbered seats and carpets over a 24 hour period. This was followed by installing a birdcage scaffolding to the entire area of the concert hall to allow access to the house lights. We then replaced all of the original house lights with new wireless LED lighting. This element of the works took up 50% of the total programme.

Following these works, the scaffolding was removed which allowed us to replace all of the entrance doors and decorations works.

This was following by the new LED illuminated stair treads and new carpets.

The final section of the works was to install the new purpose made theatre seating a total of 350 numbered seats which had to be mechanically fixed individually. These were supplied by a company in Belgium called Jezet Seating. The work to install the seating took five days, allowing us to hand back the concert hall on the scheduled completion date. 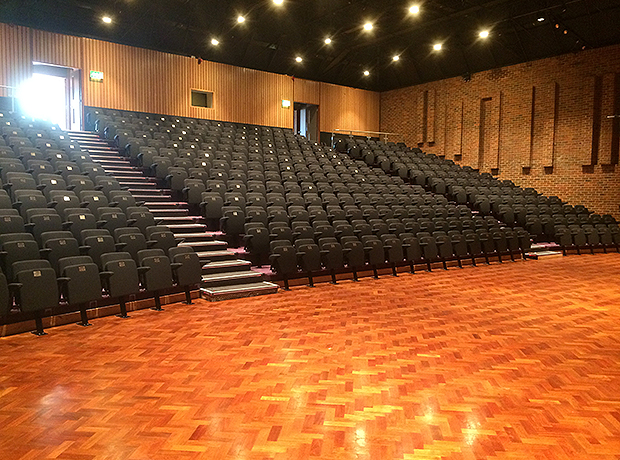 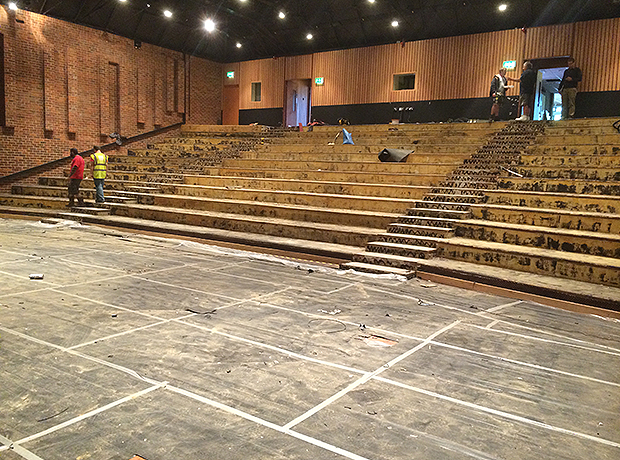 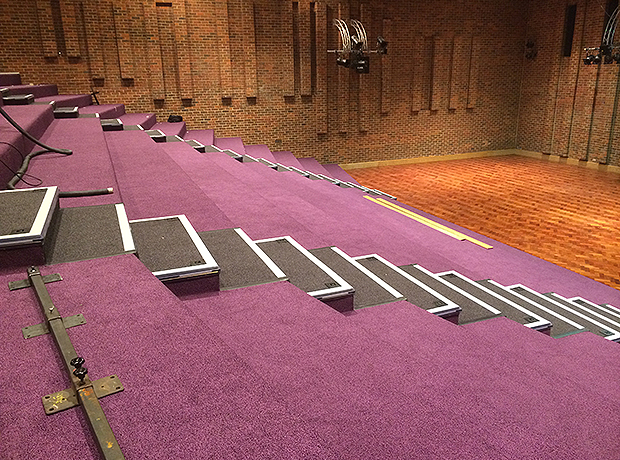